As a general rule, people try to make themselves look appealing in selfies – that kinda goes without saying. Dr. Jenn Hardy, a psychologist on Instagram, has a post encouraging people to take more pictures of themselves. Her reasoning is that lots of people regret not documenting their lives more visually as they get older. I agree with her – selfies can be a great reference point for growth over the course of our lives. And not even just in a superficial sense – the way that we look can remind of us where we were at in our lives at that point in time.

So that’s a wholesome reason to take selfies. 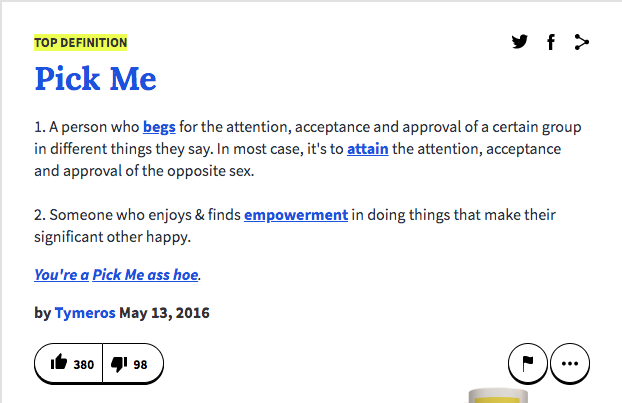 That’s another reason to take selfies – and probably the most common one. I know it might sound like I’m pointing out the glaring obvious but I’ve been dying to write about this “pick me” culture (something I count myself as being part of, by the way) for aaaages.

I’ve felt this unrest about this side of Instagram (and social media in general) for a long time but felt impotent to talk about it. Partly because the colossal body positivity movement (founded on genuinely good intentions) has, in my opinion, risen in such influence to shut down any discourse around selfie culture in general.

The first thing I feel like I take issue with, or that makes me feel uncomfortable in general, is people taking selfies in order to make themselves look as “fuckable” as possible. That’s the only word I could use to describe it. The kind of selfie that shows off your assets and conveys the impression that you might be a good lay. I’m sorry if that’s too vulgar for people reading this – I’m just trying to make vocal the subliminal messaging I see all too often on Instagram.

That’s a selfie I took the other night for a mixture of the two reasons I listed above. I virtually never wear dresses – I was really excited to dress up for a Christmas party – so I wanted to document it for that reason. But I also took a selfie from that angle because I wanted attention and validation – which I did get. The comedic caption was an attempt soften the blow of how “basic” I felt to post an image like that: “Yeah I look good but see, I’m funny, I don’t take myself too seriously – I’m not like other girls!”

I feel like the gratuitous and sometimes overtly sexual images plastered all over Instagram sink into my subconscious and inform the kind of content I post. Even captions from apparent “it girls” detailing their insecurities are often accompanied by a flawless selfie. It’s like a strange cognitive dissonance. I suppose part of the reason for that could be clickbait – “if I take a flattering picture of myself, someone’s more likely to stick around to hear what I have to say”. That’s really sad. It’s something I certainly do sometimes.

Going back to the idea of “fuckability”, I feel like Facetune is partly a manifestation of this desire to come across as perfect and sexually appealing.

This is an Instagram page I follow in an effort to restore my own sanity. I’m aware that it could be seen as woman-shaming but at the end of the day, young girls are seeing photos of women that are not fucking real and it’s distorting their view of reality and of themselves. In my opinion, it’s irresponsible. Photos like these are a recipe for body dysmorphia. There seems to be this obsession with impossibly tiny waists at the moment. If you look on this girl’s page, you’ll see hundreds of comments saying how “perfect” she looks and how gorgeous she is. But what’s gorgeous? It’s not her. Where are all the comments saying: “Good joke – but that’s not your real body”? They’ve probably been deleted.

I sincerely hope that in the future, if Facetune has been used on a photo – it’ll need to be declared. Like what people had to start doing with sponsored posts – they had to declare they were being paid to promote something. You should have to declare if you’ve severely altered your face and body in an Instagram post so that people know what they’re looking at is, in fact, fake. I know that filters are used pretty generously already (I use them) and they are similarly deceiving, but it’s a bit more extreme to use an app to specifically target certain aspects of your appearance in order to significantly distort them.

I worry about young girls the most. My oldest niece is 11 and she’s on Instagram. She shared a video on her story the other day of an edit another girl had made. The edit was of a few pictures of this YouTuber they presumably both follow. Clicking on this YouTuber’s Insta page, she wasn’t the sort of person I’d want my niece to be looking up to. Her content was gratuitous and, yes, fairly sexual.

I’m not against the sexual liberation of women – I think it’s vital. I just don’t think that these women who wilfully make sexual commodities of themselves should be the kind of people that young girls look up to. Because it depends on validation from men.

Having said that, I watched MTV from a relatively young age. I remember when Dirrty (I think it’s two r’s?) by Christina Aguilera was released. I loved it. I probably danced to it. Same with Slave4U by Britney Spears. At the age of 5 or 6, I wanted to be a popstar – that was my ambition – and these are the people I looked up to. My parents let me watch these videos. So I suppose it’s a bit hypocritical for me to say that my niece shouldn’t look up to young women confident in their sexuality.

I just think that it’s easy to tell when confidence and sexual expression is raw and authentic and when it’s contrived and forced. A lot of the time it’s contrived and forced. I’m not trying to police women’s sexuality and nor do I think that it should be. I’m just voicing concerns I feel for younger generations growing up in this new world saturated by social media and “pick me” culture.

I also think there’s a difference between seeing popstars and models and actresses coming across as overtly sexual and then seeing “influencers” doing the same thing. With the former, people are generally aware that they live a different life that is more unattainable and steeped in celebrity culture. Whereas with the latter, these people are often trying to convince us that they are “just like us!” And if that’s the case, I fear that it “influences” young girls to also prioritise visual perfection above all else.

I hope that young girls find a way to see through the smokescreen of Facetuned bodies and the obnoxious positivity touted by so many picture-perfect influencers. I’ll end this blog with an Insta post from an influencer I love:

What she mentions about “socioeconomic pressures” and the nuance involved in situations is also how I feel about my topic of discussion.

Thanks for reading. Please let me know your thoughts!